A History of U.S. Medical Education and Organizations 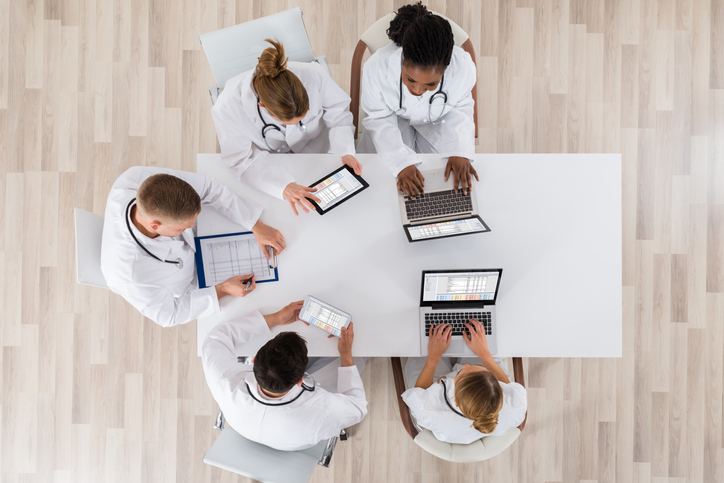 From a structural standpoint, medical education in the U.S. is rigid. There is a set path those aspiring to practice medicine must follow to obtain a license and practice. This system of education did not develop overnight but was created through decades of experimentation, influenced by scientific findings, and shaped by advancements in technology.

In the following post, we outline how U.S. medicine and medical education have changed over time, leading to higher life expectancies and better health.

In the 1600s and 1700s, settlers in colonial North American often lived short lives, depending on traditional medicine to cure their ailments. Medical education, at this point, did not exist. Those who practiced medicine were often self-taught, learning while they attempted to heal themselves and members of their communities. Individuals living in rural areas relied on plant-based home remedies as they were far away from trained physicians.

In the late 1700s, physicians trained in Europe made their way to the colonies. They settled in urban areas charging hefty fees for those who were sick and dying. Often, their medical recommendations were similar to those practicing medicine in rural environments. There was little evidence to show that the remedies they prescribed actually worked. Even physicians who received training at Harvard during this time recommended things like chocolate and saffron to patients with uncontrolled bleeding.

During the mid-1800s, the American Medical Association (AMA) was founded. Rather than having a strictly medical focus during this time, the AMA’s primary goal was to encourage the collection of information on births and deaths in the U.S.  In 1847, a few months after the group was founded, they shifted their focus to improving public health. This new goal inspired the association to create the Association of American Medical Colleges (AAMC). The body was meant to standardize medical education within the country.

Despite the creation of the AAMC, medical school curriculums were considered light, with little reading an almost no exams. A student’s knowledge and skills were tested in a hands-on manner, with students assisting their physicians as they diagnosed and cared for patients.

In the early 1900s, the AAMC announced that medical schools would need to provide evidence of a 4,000-hour curriculum to be considered an accredited institution. While this requirement led medical schools to flesh out their syllabi, it also robbed medical students of their freedom to explore various medical specialties.

The overly strict nature of medical education at this time was called into question by Abraham Flexner, a famous educator of the time. His report on this matter led schools to reform their education standards. The present medical school curriculum, which includes two years of classroom training and two years of elective and core clinical experiences, was inspired by the report.

During the 1900s, medical residencies became popular. Unlike internships, residencies were a set timeframe that allowed those still learning about medicine to earn a decent wage in return for providing medical assistance. In 1927, the AMA published the very first directory of medical schools offering residency positions at that time.

To make medical education requirements more manageable, some schools began shortening medical school from four to three years in length. These changes took place in 2010 and were only adopted by a few institutions, with many continuing to offer four-year programs.

Currently, COVID-19 is forcing medical schools and residency programs to reorganize. Many schools are adopting online learning and training programs. This is a trend that will most likely continue with changes being inspired by the emergence of new online telehealth technology.

Want to see how medical residency works in the U.S. today? Consider a clinical experience at a U.S. residency site with AMO!

Becoming a Physician in the U.K.: Continuing Professional Development

How to Stand Out on Medical School Applications